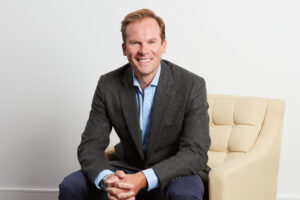 In the post-pandemic corporate hierarchy of needs, consistency sits at the top.

Last year’s government directive to “work from home if you can” heralded a softer touch than the previous year’s “everyone must work from home unless they are unable to do so”. Business leaders took note.

Large corporates across financial services didn’t close their buildings entirely and many took a diplomatic approach; work from home where you can but there’s no substitute for face-to-face contact, so come in for meetings if you feel it’s safe to do so.

The emergence of Omicron paused what had become a push-pull debate between employers and employees over the long-term model of hybrid work. The withdrawal of guidance to work from home will reignite those simmering tensions. YouGov polling shows most Britons want to work from home some or all the time while leaders want their offices repopulated.

The reaction of leaders to the outbreak of Omicron was less about maintaining their foothold in that debate and very much about maintaining some consistency in people’s working lives. During a speech in Parliament in December, Theresa May warned ministers that consistently “stopping and starting” the economy would lead to “businesses going under and jobs being lost.” Whatever your politics, that rings true.

The sentiment applies to people, too. Anecdotally, the leaders we work with loathe tinkering with working policies because they can see the havoc it wreaks on productivity. The data suggests they are right – researchers at the University of Nebraska have done excellent work revealing the degree to which consistency heightens performance and well-being during stressful times.

Their research pre-dates the pandemic, but it’s a timely reminder of the degree to which changing bureaucratic policies or constrained resources interfere with accomplishments or achieving goals.

In the post-pandemic corporate hierarchy of needs, consistency sits at the top, but now the peak of Omicron has passed, unresolved decisions dictating how much hybrid work is the right amount will need to be made. Whichever way that falls will depend on the company and type of work, yet everywhere you look, few people are satisfied. Workers consistently report feeling overworked and burnt out and CEOs are scrambling to find tools to make up for lost productivity.

Indeed, people are working harder. A Stanford University study found that 35% of the 60 million hours Americans have saved commuting have been spent doing even more work at their jobs. Meanwhile a fascinating study of more than 10,000 employees at an Asian technology company found that total hours worked were 30% higher than before the pandemic, including an 18% increase in working outside normal hours.

Yet the key metric is output per hour worked, and in the latter study that crucial measure fell by 20%. Instead, a large proportion of those extra hours were spent in meetings coordinating activities that could have been carried out more easily in an office setting. Some data sets suggest office-based workers are 50% more productive than those working from home. Few industries know this better than financial services, which is why it’s no surprise the big investment banks have led calls to repopulate offices.

Employers know they must be pragmatic so their push for a return to something resembling normality will be slow and steady, but it will endure. In the meantime, expect consistency to be placed at the core of the hybrid models adopted by the most forward-thinking companies. They know it holds the key to raising competency and productivity, while cutting down on the worst aspects of overwork and burnout that too many continue to suffer from.