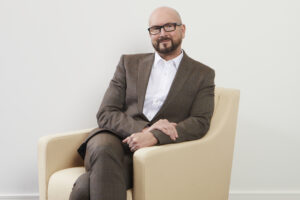 Results on diverse appointments have been slow in coming in both the private and public sectors. McLean Partnership Senior Partner Jonathan Swain explains why he’s optimistic new targets on diverse hiring will be met, but only if organisations and recruiters employ new methods to get beyond the usual suspects.

Of all the ways to summarise the lack of progress UK business has made on diversity, Morningstar’s declaration that there are more funds run by men called Dave than there are female managers has to be the standout.

As a gay man, the woeful lack of diversity in leadership positions has been a passion of mine since I started my working career way back in the 1980s. You could smoke at your desk in those days, too. Times have moved on, of course. There has unquestionably been progress worth commending, such as the February results of the five-year Hampton Alexander review, which found the FTSE 350 had achieved a target of ensuring at least a third of board positions were held by women.

Yet there remains much to do. Official figures suggest female board members at FTSE 100 companies are paid about 40% less than their male counterparts. Meanwhile almost a fifth of FTSE 100 boards lack any ethnic minority representation whatsoever.

Companies are feeling the heat from both shareholders and regulators and the desire to get beyond the usual suspects during the recruitment process is reaching fever pitch. In July, the Financial Conduct Authority tasked companies with ensuring more women and non-white minorities have places on UK boards, including that at least 40% be women. Firms will have to comply or explain why they fail. Similarly, public sector organisations are committed to being representative of the communities and customers they serve.

I’m optimistic these ambitions will be realised, though the speed at which they will be achieved depends on how much organisations commit to more rigorous (and often challenging) methods of recruiting their leaders. At The McLean Partnership the push to offer clients a more diverse set of candidates across our financial services, industry, real estate and government and public enterprise practices is long standing and, though there’s more to do, we are making progress.

Our commitment and particular approach has given us a unique perspective on which methods work and which are less effective. By widening our net of candidates we have developed connections to a more deep and varied network of senior diverse individuals. Meanwhile, our position as trusted advisors, rather than recruiters, means we have the market intelligence to spot the best candidates in non-traditional pools of talent. Together, those factors are producing our growing track record, which means our clients take our shortlists seriously.

That runs both ways. Candidates, too, know we take their candidacy seriously. We will not put candidates forward unless they are right for the role, which builds trust on all sides.

In the end, success is often at least partly down to going that extra mile. The McLean Partnership was appointed by the City of London Corporation in December 2020 to hire a new top team – nine posts including the Deputy Chief Executive, Chief Strategy Officer and Chief Operating Officer. Many of the posts were brand new.

The City of London Corporation represents the Square Mile, London and the UK internationally. It is a large organisation with more than 4,000 staff and a £6 billion investment portfolio, so it requires a highly skilled and experienced top team. Just as important, however, is the need for its top team to reflect the City of London as it is today, and in the future.

Our approach had to be all-encompassing. We contacted 1,460 potential candidates, which resulted in 222 applications and a long list of 80 people. All nine posts were filled with what were unquestionably the best candidates, six of whom were women. Two were BAME individuals.

Increasingly we’re able to replicate this success, but only when widening the net to this degree. Until this becomes standard recruitment industry practice, the results will come slowly.

There are other factors worth considering. Coaching candidates can go a long way. Though it’s changing, interviewees are still too often judged against interpersonal skills honed at public schools and Oxbridge universities, which don’t always correlate with success in a given position.

Plus, it remains important that employers continue tackling bias in the recruitment process – and I’m not just talking about unconscious bias, as is often the focus. There remain problematic attitudes to age and life choices, or outdated attitudes to education that require challenging head on. At the McLean Partnership seek to be meticulous about the wording of job descriptions, for example, which are often soaked in subtle – and at times not so subtle – gender bias.

The recruitment industry is moving in the right direction on this issue, but without more work to get beyond the usual suspects, the step change everyone is hoping for simply won’t happen.