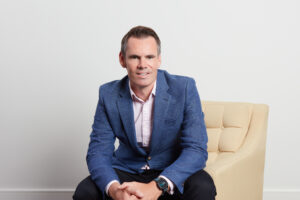 A growing number of British institutions are repurposing land for an economy reshaped by the pandemic Universities in particular are now embarking on projects on an unprecedented scale, sparking demand from skills from non-traditional pools of talent.

It’s easy to see why John Lewis’s foray into the private rented sector generated a big splash in the newspapers over the summer.

The retailer’s plan to to use car parks, land next to distribution centres and units above supermarkets to build 10,000 homes for rent seems bold for what is considered a relatively staid organisation. Check the newspaper clippings of recent years, however, and it’s clear John Lewis is joining a swelling number of British institutions in repurposing large land holdings to adjust to a changing economy.

Notable examples include Royal Mail, which has repurposed much of its land holdings in recent years in order to drive income, particularly as its business model adapts to compete with new business models in parcel and mail delivery. Associated British Ports (ABP), which set up a property company to manage and drive development opportunities around its ports, is another. Scores of private schools and golf clubs have undertaken similar projects.

Housing is often the catalyst. House prices are rising at the fastest pace since 2004, eating into the already eroding rate of homeownership. Taxes continue to bite landlords and research by Nottingham Building Society reveals almost a million intend to review their portfolios over the course of the next year. The pool of rental properties is shrinking as the number of renters climbs – stepping in to fill the gap makes commercial and social sense.

Universities are leading the next phase of this process and there are numerous reasons why the pace of change is picking up speed. These are organisations that haven’t typically sought to leverage land for commercial gains, however we work with a number of the UK’s most prestigious institutions that are weighing ambitious projects as the dust settles.

This is a sector with its own pressures on incomes. Tuition fees remain a point of uncertainty and the government’s drive to focus on vocational courses has forced widespread restructuring. Competition for students within sector itself is also growing rapidly, and state of the art campuses with high quality housing have become key points of difference.

Like John Lewis, Royal Mail and ABP, these are organisation with significant land holdings. Changes to working habits have provided many with an opportunity to rethink space. Universities typically outsource very little so average-sized universities may employ 750 – 1,000+ non-academic staff across areas like finance, HR, estates, IT, marketing and procurement. These are all jobs that can and have been proven to be carried out effectively from home, leaving space available for other uses.

Meanwhile the success of the UK’s vaccine research and roll out in recent months has burnished the nation’s reputation as a hub for innovation. Demand for places to foster innovative culture, with world leading scientists working alongside start ups, has soared. We’re seeing fantastic developments emerging that combine high quality housing, life sciences research and various commercial uses, including Edinburgh BioQuarter, Leeds Innovation District and Liverpool Science Park. Ambitious projects on this scale have the potential to transform the both the economic prospects of the institutions themselves and the reputation of the cities within which they sit.

These plans also constitute radical overhauls of what once were considered conservative institutions. Universities already have estates departments with talented individuals, however the events of the past 18 months mean many are being dragged into projects and operational matters that are overloading their day jobs. Plus, the vital need to address shortfalls in income means they are looking at new opportunities at a pace that overwhelms the relevant departments.

All this is driving a search for skills that is unprecedented in the sector’s recent history. We’ve witnessed organisations enjoying rapid success with the right interim hire, particularly across property development, finance and commercial. We’ve also seen a surge in the need for experienced chairs, non-executives and advisers to help guide organisations through activities non typically associated with university operations.

Universities developing land is a narrow example of a much wider issue – that large organisations across a range for sectors require new blood for the new economy. Public sector hiring has often been characterised as a merry-go-round with the same senior individuals moving from job to job, but that is changing at some pace.